In the garden of Eden, God had said “You may freely eat the fruit of every tree in the garden except the tree of the knowledge of good and evil. If you eat its fruit, you are sure to die.” Gen 2:16-17 Mankind was given a Test Satan said “You won’t die!” the serpent replied to the woman. “God knows that your eyes will be opened as soon as you eat it, and you will be like God, knowing both good and evil.” Gen 3:4-5.

Satan was successful at that time, with Adam and Eve, he now, has lined up, the biggest deception of all time, that will come to an ultimate climax as the defining end time event.

Bible Prophecy foretold what would happen. ( all bible verse are NLT unless noted )

1 Thess 2:4 For that day will not come until there is a great rebellion against God and the man of lawlessness is revealed—the one who brings destruction. He will exalt himself and defy everything that people call god and every object of worship. He will even sit in the temple of God, claiming that he himself is God

1 Thess 2:7 For this lawlessness is already at work secretly, and it will remain secret until the one who is holding it back steps out of the way.

Dan 7:25 He will defy the Most High and oppress the holy people of the Most High. He will try to change their sacred festivals and laws,

Rev 13:5 Then the beast was allowed to speak great blasphemies against God.

2 Peter 2: 1 But there were also false prophets in Israel, just as there will be false teachers among you. They will cleverly teach destructive heresies and even deny the Master who bought them. In this way, they will bring sudden destruction on themselves. 2 Many will follow their evil teaching and shameful immorality. And because of these teachers, the way of truth will be slandered

For a detailed Bible study on the Beasts of Daniel and Revelation
http://www.discoverycourses.com/

1 Jh 2:18 Dear children, the last hour is here. You have heard that the Antichrist is coming, and already many such antichrists have appeared.

Antichrist is not against Christ, but as Christ, in place of Christ.
So we can see from scripture three strong warnings


Who could this be?

Remember what John said 1 Jh 2:24 “So you must remain faithful to what you have been taught from the beginning……. I am writing these things to warn you about those who want to lead you astray.” 1 Thess 2:7 For this lawlessness is already at work secretly, and it will remain secret until the one who is holding it back steps out of the way.


Samuele Bacchiocchi writes: "That the Church of Rome was the champion of the Sabbath fast and anxious to impose it on other Christian communities is well attested by the historical references from Bishop Callistus (A.D. 217-222), Hippolytus (c. A.D. 170-236), Pope Sylvester (A.D. 314-335), Pope Innocent I (A.D. 401-417), Augustine (A.D. 354-430), and John Cassian (c. A.D. 360-435). The fast was designed not only to express sorrow for Christ's death but also, as Pope Sylvester emphatically states, to show 'contempt for the Jews' (execratione Judaeorum) and for their Sabbath 'feasting' (destructiones ciborum Samuele Bacchiocchi, "The Rise of Sunday Observance in Early Christianity," in The Sabbath in Scripture and History, ed. Kenneth A. Strand (Washington, D.C.: Review and Herald, 1982), p. 137; citing S. R. E. Humbert, Adversus Graecorum calumnias 6 (PL 143:937). See also Bacchiocchi, From Sabbath to Sunday (Rome: Pontifical Gregorian University Press, 1977), 185-198.

St Justin is the first Christian writer to call the day Sunday (I Apol., lxvii) in the celebrated passage in which he describes the worship offered by the early Christians on that day to God. The fact that they meet together and offered public worship on Sunday necessitated a certain rest from work on that day. However, Tertullian (202) is the first writer who expressly mentions the Sunday rest: "We, however (just as tradition has taught us), on the day of the Lord's Resurrection ought to guard not only against kneeling, but every posture and office of solicitude, deferring even our businesses lest we give any place to the devil" ("De orat.", xxiii; cf. "Ad nation.", I, xiii; "Apolog.", xvi).

5th-century church historians, Socrates Scholasticus and Sozomen:
"For although almost all churches throughout the world celebrate the sacred mysteries [the Lord's Supper] on the sabbath [Saturday] of every week, yet the Christians of Alexandria and at Rome, on account of some ancient tradition, have ceased to do this। The Egyptians in the neighborhood of Alexandria, and the inhabitants of Thebais, hold their religious assemblies on the sabbath, but do not participate of the mysteries in the manner usual among Christians in general: for after having eaten and satisfied themselves with food of all kinds, in the evening making their offerings they partake of the mysteries." Socrates Scholasticus, Ecclesiastical History 5, 22 in Nicene and Post-Nicene Fathers/2 2:132.

"The people of Constantinople, and almost everywhere, assemble together on the Sabbath, as well as on the first day of the week, which custom is never observed at Rome or at Alexandria। There are several cities and villages in Egypt where, contrary to the usage established elsewhere, the people meet together on Sabbath evenings, and, although they have dined previously, partake of the mysteries." Sozomen, Ecclesiastical History 7, 19 in NPNF/2 2:390

Constantine made Sunday a civil rest day. His famous Sunday law of March 7, 321 reads as follows: "On the venerable Day of the Sun let the magistrates and people residing in cities rest, and let all workshops be closed. In the country, however, persons engaged in agriculture may freely and lawfully continue their pursuits; because it often happens that another day is not so suitable for grain-sowing or for vine-planting; lest by neglecting the proper moment for such operations the bounty of heaven should be lost." Codex Justinianus 3.12.3, trans. in Philip Schaff, History of the Christian Church, 5th ed. (New York, 1902), 3:380, note 1.
Growing distinction from the Sabbath In the light of these texts, the celebration of the day of the Resurrection acquired a doctrinal and symbolic value capable of expressing the entire Christian mystery in all its newness.
23. It was this newness which the catechesis of the first centuries stressed as it sought to show the prominence of Sunday relative to the Jewish Sabbath.
25. In effect, Sunday is the day above all other days which summons Christians to remember the salvation which was given to them in baptism and which has made them new in Christ.
On Keeping the Lord's Day Holy (Dies Domini) John Paul II (Vatican Web Site, July 7, 1998)

27. This Christocentric vision sheds light upon another symbolism which Christian reflection and pastoral practice ascribed to the Lord's Day. Wise pastoral intuition suggested to the Church the christianization of the notion of Sunday as "the day of the sun", which was the Roman name for the day and which is retained in some modern languages.(29) This was in order to draw the faithful away from the seduction of cults which worshipped the sun, and to direct the celebration of the day to Christ, humanity's true "sun". Writing to the pagans, Saint Justin uses the language of the time to note that Christians gather together "on the day named after the sun",(30) but for believers the expression had already assumed a new meaning which was unmistakeably rooted in the Gospel. On Keeping the Lord's Day Holy (Dies Domini)John Paul II (Vatican Web Site, July 7, 1998)

Catechism 2190 The sabbath, which represented the completion of the first creation, has been replaced by Sunday which recalls the new creation inaugurated by the Resurrection of Christ. English Translation of the Cathechism of the Catholic Church for the United States of America © 1997, United States Catholic Conference, Inc

62. It is the duty of Christians therefore to remember that, although the practices of the Jewish Sabbath are gone, surpassed as they are by the "fulfilment" which Sunday brings, the underlying reasons for keeping "the Lord's Day" holy — inscribed solemnly in the Ten Commandments — remain valid, though they need to be reinterpreted in the light of the theology and spirituality of Sunday: On Keeping the Lord's Day Holy (Dies Domini) John Paul II (Vatican Web Site, July 7, 1998)
As time has moved on people have accepted the Sabbath change and have lost sight or are unaware of the background of this issue. There was a time when Protestants and Catholics where very antagonistic to each other, I’m not suggesting that was a good thing or that we should go back to those days, the point is that the Catholic Church had proudly stated they were responsible for the change, note these two comments.

1. The Catechism Simply Explained by Canon Cafferata, (first published in 1897)
Regarding the change to Sunday. “the apostles made no law on the matter, and the full transfer from Saturday to Sunday was a gradual process under the authority of the church. Those Christians who believe in the bible and the bible only must have some difficulty in explaining why they keep Sunday holy and not the Sabbath”

2. Plain Talk About The Protestantism of Today by Monsignior Louis Segur ( published in 1868 page 213 ) said “The observance of Sunday by the Protestants is an homage they pay, in spite of themselves, to the authority of the Catholic Church”

Check out this new web site http://www.7thdaynotsunday.org.nz/
Posted by Phillip at 12:47 AM No comments: 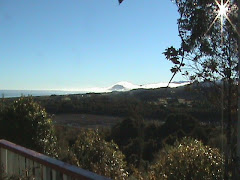 Phillip
Greymouth, New Zealand
I am a 7th Day Adventist Christain. My view of anothers belief/faith is to accept others as genuine, the bible says "other sheep I have, not of this flock"